Upon being informed of George VI’s death during episode two of The Crown, Churchill is breathlessly told that Princess, now Queen, Elizabeth, sojourning in Kenya, cannot be found. Where the truth ends and artistic license begins may be up for debate but it is an immutable truth that Africa’s infrastructure, dogged by poverty and war, has long suffered crippling under-development. From banking to broadband to bridges, the basic cornerstones that drive growth are all too often missing, a constant millstone around the economic development that the continent surely deserves.

Part of the problem is that global economic development has been underpinned by insurance since Edward Lloyd took a penchant for hospitality in 1688 and it is an essential foundation for sustainable growth. Yet blighted by unaffordability and held back by the infrastructure required to drive accessibility insurance penetration across Africa is alarmingly low. Although South Africa sits fourth globally (16.99%), Namibia in the top 25 (6.69%) and Kenya, Morocco and Botswana with a similar profile to Poland (3%), these are exceptions rather than the rule.

Nevertheless that paucity of infrastructure may no longer be the obstacle it once was. In an age when a mobile mast can cover a 1000 square miles, landlines begin to look like an antiquated novelty whilst the power of the internet renders the cashier redundant and even the ATM unnecessary. Ultimately insurance fintech presents a golden opportunity for governments and businesses alike to reach those underserved and empower a continent to its potential, offering Africa a ladder where, all too often, it has been running into a wall.

Although once an expensive luxury, manufacturers tailoring basic smartphones to price under USD 100 have grabbed a commanding 45% share of the 110-million unit African market.  Mobile phone subscription as a whole for sub-Saharan Africa now stands at over 75% whilst smartphone penetration sits around 25% in Kenya, Nigeria and Ghana, a figure that, along with data traffic, has doubled in two years with further growth inexorable. Whilst landlines may be scarce mobile infrastructure has seen constant investment, with Morocco now boasting better 4G coverage than the UK whilst paying for a taxi in Nairobi on a mobile is simpler than in New York thanks to local fintech start-up M-PESA.

These may be glittering feathers in the continental hat but they have real resonance for insurers too. The cost of microinsurance sold through traditional channels can be prohibitively expensive due to the administrative cost per policy, but one distributed en-masse through mobiles can turn that equation on its head with premium deductions made straight from airtime credit. Other providers offer free cover in return for a certain amount of airtime purchase each month. Airtel in Malawi for instance offers Three for Free - Life, Disability and Hospital Cover if subscribers top-up USD 0.70 a month.

The demand for such products is enormous and industry behemoths should beware being left behind by the nascent gazelles. Tigo operates across Ghana, Tanzania and Senegal, specifically targeting bankless sub-Saharans with mobile microinsurance products and its most successful product, Insurance Hospital Support, boasts over a million registered customers in Ghana. The product is no gimmick either providing USD 9 a day for up to 30 nights year in exchange for a top-up of around USD 0.08 a month. Most importantly by making insurance-cover accessible and paying claims to the ordinary African consumer the relevance of insuring is assured.

For all that, mobile phones even the intelligent ones, are old news. Today’s tech is all smart contracts, blockchain and bitcoin, though it can be a real struggle to see the true innovation amidst the bewildering mirage of hot air. At its simplest blockchain is about efficiency and bitcoin freedom and both could, undoubtedly, be seminal for doing business in Africa. Mobile fintech has demonstrated the latent demand within the African market for accessible products that insulate from poverty without demanding impoverishing prices. By giving mobile fintech a shot of blockchain-steroids, microinsurance affordability and reach could be effortlessly lifted.

The mobile revolution, with scant regard for the paucity of banking, has shown both to be possible yet blockchain promises much more; to strip away claims costs, fraud losses and inefficiencies. While true that alone it is no panacea and requires supporting technologies, in-tandem those can deliver anything from agricultural parametric smart contracts to recovering claim payments in milliseconds. Lemonade, a start-up insurer looking to shake-up the industry, recently claimed an unverified record of the fastest ever claims payment of 7s from submission to money dispatch.

The final piece of the puzzle sitting amongst that wild jungle of blockchain tech is found in the relative oasis of bitcoin. Singularly, perhaps, bitcoin has demonstrated a practical application of blockchain that works and although not flawless has seen a constant trajectory forward for just shy of a decade. Bitcoin sidesteps completely the lack of banking infrastructure and problems afflicting e-commerce in Africa. Aside from a bitcoin wallet a customer requires no bank account and no address whilst for vendors the risk of fraud is vastly reduced. Moreover, linked to a smart contract consumers can have absolute confidence in receiving due payment, in bitcoins of course.

Regulation – Bringing it Together

The difficulties facing African regulators and governments is the same across the world but this makes it no easier to solve. Indeed, rule-makers everywhere are struggling to come to terms with these most modern of technologies, one day embracing them, the next applying vigorous regulation. Traditional regulation does not necessarily sit well with the anonymity of cryptocurrency and the vagaries of mobile wallets. It is almost inevitable that that regulators across the Organization of Economic Cooperation and Development, fixated on control, will slowly suffocate the innovation and efficiencies that blockchain heralds with stifling regulation.

In Africa, however, there is a real opportunity to pull together the threads of microinsurance, mobile payments, smart contracts and bitcoin to produce a solution that drives insurance penetration throughout the continent, laying a firm base for sustainable economic growth. Regulators need to be brave and bold, not merely to avoid stifling that innovation but to actively flame it. The very real risk in relentless perusal of regulation ostensibly in the consumer’s interest is that the very opposite is achieved, that consumers are denied access to affordable insurance and suffer accordingly. Insurance, anathema though many find it, is singularly a sure foundation for any economy and this technological revolution is a chance for Africa to proceed straight to GO. 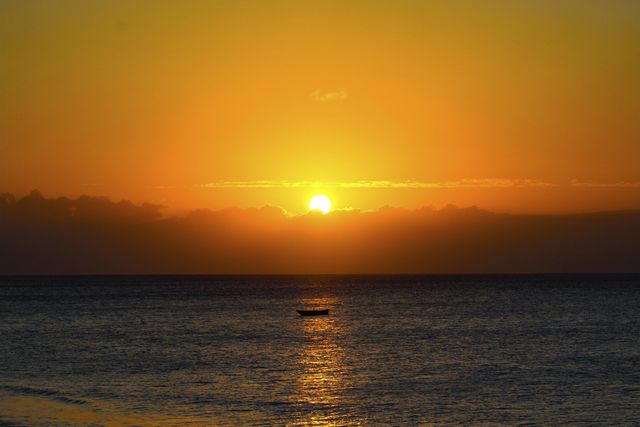