As television screens and social media across the world filled with images of massed protestors filling central Moscow and Saint Petersburg following Russia’s 2011 parliamentary elections, demanding Vladimir Putin’s resignation citing corruption and mismanagement, many commentators suggested we were seeing the death throes of the Russian regime. Fast forward to 2017 and Putin remains, once again in the President’s office, and arguably on stronger footing, despite deteriorating relations with Western powers and strong economic headwinds.

Parliamentary elections, held on 18 September 2016, saw Mr Putin’s legislative vehicle, United Russia, take 54% of the vote up from 49% in 2011, and secure 343 out of 450 seats; enough to unilaterally rewrite the constitution. None of the liberal opposition parties, such as Parnas or Yabloko, managed to overcome the 5% threshold to enter the State Duma or even the 3% required to receive federal electoral funding. United Russia’s only opposition will continue to be the so-called “systemic” opposition made up of the Communist Party of the Russian Federation, the chauvinist Liberal Democratic Party of Russia and A Just Russia, none of which can meaningfully challenge the party of power.

No protests filled Moscow’s major urban centres in this election’s aftermath, despite independent observers reporting a number of voting irregularities; and although the regime gave itself several structural advantages, such as moving the date from December to September, the traditional end of holidays and the start of the school year, the result speaks to Mr Putin’s strength. The President continues to enjoy approval ratings in excess of 80% and unquestionably remains the choice of the majority of Russia’s population.

This result for United Russia should not surprise observers, even after two years of biting recession which saw a contraction in real GDP of 3.7% in 2015 a further fall of 1.3% in 2016. In an effort to cushion the blow the state has tapped its considerable oil-based contingency funds, run up during the commodities boom of the 2000s, to maintain social spending and wages in the extensive state sector. The Reserve Welfare Fund and the National Welfare Fund alone are thought to hold Rub 6.2trn (USD 79bn).

A continued slump in oil prices and stagnation in the overall economy, which is expected to return to only anaemic growth in 2017, will considerably deplete this policy lever however. The government was expected to run a deficit equal to 3.3% of GDP in 2016 requiring the transfer of Rub 1.7trn (USD 21bn) from the welfare funds, which is clearly unsustainable. Looking over the horizon Russian policymakers will face some difficult choices.

The Reserve and national Welfare funds, the creation of Russia’s fiscally hawkish former Finance Minister, Alexei Kudrin, were designed to provide a temporary support for the economy in the event of a serious downturn, giving the government time to pursue a reform programme to diversify the economy and find new sources of revenue. Such a programme would include deep budget cuts, notably in the military re-armament budget, and to the state extensive pension burden. While the 2017 budget contains a 30% reduction in military spending, there are only nominal reductions in health, education and infrastructure investment, and no sign of an increase in the age of pension eligibility. Moreover, the oft-spoken of privatisation programme designed to boost the economy and broaden Russia’s notoriously poor tax base has stalled, given the need to fight vested interests in the state sector. Mr Putin understands that spending cuts and structural changes to Russia’s patronage driven economic model would threaten political cohesion and is unacceptable before the 2018 presidential election, in which he is expected to stand for a further term in office.

Finding further growth is therefore reliant on foreign trade and investment. Unfortunately both these vital factors are weighed down by Russia’s broader confrontation with Western powers, most seriously in Ukraine, which have resulted in damaging sanctions on the Russian economy.

An estimated four to six thousand Russian troops and irregulars remain in eastern Ukraine, and despite its disappearance from the headlines of major news outlets, a low level conflict continues in the separatist regions. While the Minsk II cease fire agreement, signed in February 2015, has helped reduce the intensity of the fighting it was not genuinely designed or intended to resolve the conflict as its signatories have claimed. As of early 2017 none of its 13 points had been implemented, and the requirement that Ukraine pursue constitutional reform, giving the separatist regions veto power over the future direction of the country, is unacceptable to nationalists in Kyiv.

Russia’s main objective, to prevent Ukraine moving closer to economic, political and security integration with Euro Atlantic institutions is adequately achieved through maintaining the frozen conflict which effectively creates paralysis in the Ukrainian government. Moreover, the perception of a threat to Russia from foreign powers seeking to undermine its great power status, is a useful tool for the Kremlin to marshal popular political support even in the midst of an economic downturn. As it has no incentive to resolve the conflict, it can safely be assumed tensions are here to stay.

The question of sanctions is somewhat different. US sanctions, the first to be imposed on 6 March 2014, remain the broadest covering the financial, energy and defence sectors; limiting the debt financing and the provision of goods and services to various entities. These measures are renewed annually and were expanded in September 2016 to include individuals and companies in the construction sector, especially those in Crimea. The election of Republican Donald Trump to the US presidency in November 2016, however, has cast doubt on whether these will be maintained, given Mr Trump’s frequently expressed desire to work more closely with Moscow on terrorism and international security. Moreover, the relatively low level of bilateral trade between Russia and the US has reduced the impact of US sanctions.

Sanctions imposed by the EU, on 17 March 2014, pose much more serious consequences by comparison, given its position as Russia’s major trading partner. The EU accounts for close to 50% of all Russian trade and is the source of 80% of foreign direct investment (FDI), much of it in the telecoms and financial services. Moreover, it is the major importer of Russian hydrocarbons, which make up approximately 90% of total bilateral imports. For Russia’s part, it has historically been reliant on EU exports of food, vehicles and technical equipment. Sanctions have seen a significant reduction in trade between Russia and its major partners in Germany, Italy and the Netherlands

Ironically there have been some beneficial effects. In August 2014 Russia imposed counter-sanctions on imports of EU fish, meat, dairy and meat products, and while some EU foodstuffs continue to make it into the Russian market through relabelling in third party countries, such as so-called “Belarussian oysters”, the overall effect has been positive for the agricultural sector. Meat, dairy and grain production is experiencing something of a renaissance as a result of domestic demand, and in 2016 Russian wheat production exploded to a record 63mn tonnes. As such it is extremely unlikely these restrictions will be reduced for the foreseeable future, a forecast reinforced by the addition of salt (both domestic and industrial) to the list of prohibited imports in November.

Overall, however, given their mutual dependency, trade between the two partners remains strong especially in the energy sector, which has remained largely untroubled by sanctions.  Despite which, we can expect US and EU trade with Russia to continue to shrink rather than expand over the coming decade. Russian oil production, which reached a post-Soviet high of 400,000 barrels per day (bpd) in 2016, is expected to halve by 2040 due to the exhaustion of mature fields and a lack of sufficient new exploration.

The renewal of EU sanctions in March 2017 means Russia will look to expand trade with major Asian economies like China and India, as well as with some traditional partners such as Cuba and Vietnam. In September 2016 Russia announced the finalisation of USD 4bn in Cuban energy, transportation and information technology, which included an ambitious biotechnology agreement between Cuba’s largest bio technology firm BioFarmaCuba and Moscow’s Skolkovo Innovation Centre. Likewise, 2016 saw a new series of trade and investment agreements worth USD 50bn between Russia and China, building on the colossal oil and gas deal announced in 2014, on aviation and communications.

There is evidence that Russia’s so-called “Asian pivot” is reaping some benefits, assisted by the increased competitiveness that accompanies the weakening of the rouble. In late 2016 Russia’s manufacturing PMI hit a four year high and goods producers have been registering new business from foreign clients in each month since September 2013. While these announcements are useful politically, it is doubtful that over time China or India can make up the deficiency Russian industry is experiencing given the loss of access to primary and secondary western finance markets. Russian consumers will also be worse off over the long run given the poorer quality of Chinese and Asian manufactures compared to their western counterparts.

Given the significant deficiencies the Russian economy is facing, the real game changers would be a significant effort to repair relations with the US and EU and the undertaking of a significant internal restructuring. What economists are convinced would be good policy, is not always good politics, however. That is especially true of a country like Russia, where the regime’s legitimacy rests on maintaining a certain level of economic and social security.

The gathering storm clouds for Russia are no secret, but with the 2018 election and the potential to secure the current leadership in place until 2024, anything substantial is on hold. 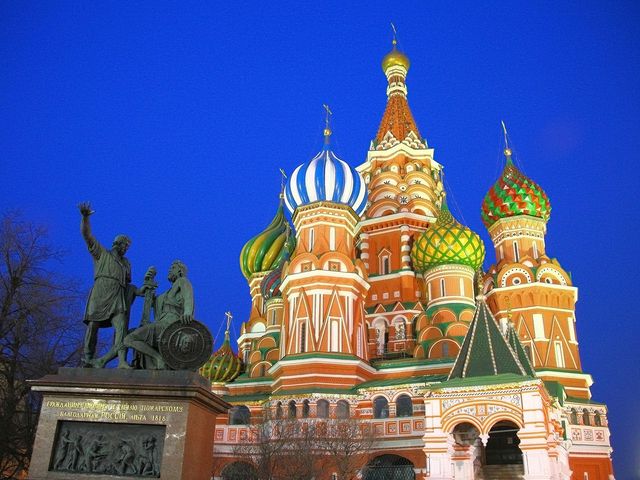