I was fortunate this morning to be sitting in a corporate security briefing hosted by IHS Markit, one of the premier geopolitical and country risk analysis agencies. Unsurprisingly one of the hottest topics under discussion in a briefing that was already set to include the turmoil in the Middle East and the policies of the new Trump Administration, was Trump's decision to launch airstrikes against the Syrian regime early Friday morning. And it really got me thinking...

The immediate response has been overwhelmingly positive....if you don't count the angry protests from Moscow. Trump appeared eager to distance his administration form that of Barack Obama, who's overriding foreign policy objective was to avoid getting the US involved in foreign conflict, but essentially sacrificed America's credibility in the Middle East in the process. By contrast, the use of 59 tomahawk ballistic missiles to destroy one small airbase has telegraphed that America is back and ready for action. Moreover, this blow and changing rhetoric against the Assad regime, an ally of Shi'ite Iran, is seen as a rebuke of Iran's regional proxy strategy.

But perhaps the most interesting factor of this development was its timing; coming pretty much during a high level meeting between Mr Trump and Chinese President Xi Jinping. Arriving on the end of a week which saw escalating rhetoric between the US and North Korea, the Syrian airstrikes are a clear message to Beijing and Pyongyang: America is ready and willing to play hardball again, so get negotiating. The national security team around Trump is much more prepared to use force than its predecessor.

Now the fact that I am impressed by the decisiveness and strategy behind this move, does not mean it has made the world, or especially the regional outlook any safer. If anything that has increased regional geopolitical risk and will doubtless but an umber of government strategists and corporate risk managers on edge. The prospect of renewed and increased American involvement in a Middle Eastern conflict, especially one featuring Russian military units and air defence systems, and Iranian ground troops, increases the risk of a wider conflict with considerable financial and social fallout.

Risk assessments and scenario planning should adjust quickly to this new reality. 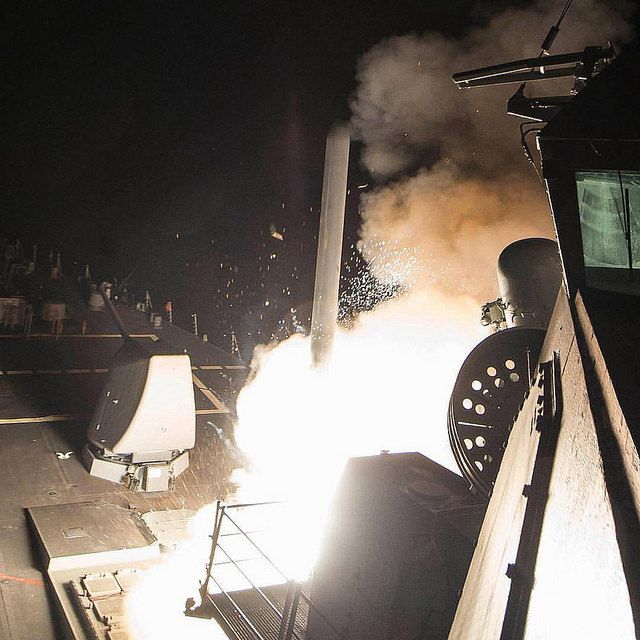