Venezuela was once a source of wry amusement in an otherwise grim international system. Hugo Chavez, the late president, declared political descent from the anti-colonial hero Simon Bolivar, going so far as to exhume the icon’s relics to bolster his narrative. In turn, his successor Nicolas Maduro claims that he has received a blessing from the spirit of the deceased president in the form of a bird, and refers to President Chavez as “the Christ of the poor.”

These theatrics no longer distract voters or observers from the country’s economic crisis, which intensified following the drop in oil prices from mid-2014. Oil revenues account for 96% of exports, and keeping up appearances is expensive. Venezuela’s worsening conditions now threaten stability in neighbouring countries. Officials have responded not with policy, but with restrictions on media: the Spanish language arm of CNN was banned in February 2017.

Nevertheless, external reports confirm that diphtheria and other diseases that were previously eradicated nationwide are back in urban population centres. Desperate unemployed workers have resorted to illegal mining and other informal work in rural areas with better food supplies. Due to insecticide shortages, they are falling ill and travelling home to cities where hospitals lack the medicines to treat them. Conditions are worse for those with chronic conditions. Infants are dying due to frequent power cuts that turn off incubators, and patients in mental hospitals are treated with sedatives as most psychiatric drugs are not available.

Amid this crisis, Venezuelans have lost hope that the government can alleviate their suffering, or allow its opposition to peacefully take power.  Accordingly, they are opting to emigrate. Travel to Caribbean islands on small vessels is risky, and poor migrants are unwelcome there. Colombia and Brazil are expected to bear the most of the influx. In April 2017, Human Rights Watch reported that Brazil’s public health system was being overwhelmed by new Venezuelan registrants. Meanwhile, the Maduro government refused foreign medical aid to replenish its hospitals. Other countries may end up paying for the president’s pretence of clean bill of health.

Venezuela’s humanitarian crisis is spilling across its borders, Human Rights Watch said today. Latin American governments need to apply strong pressure on the Maduro administration to address severe shortages of medicine and food in Venezuela that are causing Venezuelans to leave the country. 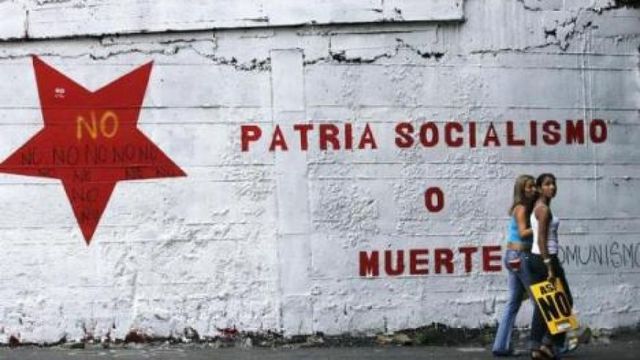