The Indian government's longstanding efforts to address the nation's skewed sex ratio seem to have failed, according to new government figures. In fact, the growth of the proportion of men has accelerated in recent years. While the Modi government's "Beti Bachao, Beti Padhao" (Save the Girl, Educate the Girl") campaign has not had time to filter through since its launch in 2014, reports that 90% of its modest funding remains unspent suggest that it is unlikely have a significant impact.

A pronounced gender imbalance has contributed to social and economic risks in other countries. China, which has also struggled with the combination of available sex-selective abortions and entrenched patriarchal value systems, is the most prominent example. A critical mass of unmarried men, known as “bare branches", has been linked to social exclusion, organised crime and destabilising migration patterns. Demographers have also suggested that the preference for boys has fuelled the trafficking and forced labour of women and girls, as well as honour killings and sexual violence.

These are all daily realities in India already, and will likely become more acute as the first generation whose parents had access to sex-selective abortions enters its thirties. In the long term, it threatens to hasten a drop in the Indian labour force as the pension-age population triples in the coming decades, straining social services, healthcare provision and productivity.

Together, the adverse impact of India's own bare branches and missing girls may outweigh the “demographic dividend” of higher incomes and development that other nations have experienced as fertility fell. After decades of failed policies, India has missed the opportunity to prevent what is becoming an inexorable demographic crisis.

The ratio of women to men among India’s young people, which has been low compared with Western nations for decades, will drop further in the coming years, the Indian government has reported. For people ages 15 to 34, the number of women for every thousand men will drop to 898 in 2031 from 939 in 2011, the report says, using projections from the World Bank. That decline outpaces a more modest drop in the sex ratio among the general population in the same period, and indicates the continuing practice of sex-selective abortion, experts say. 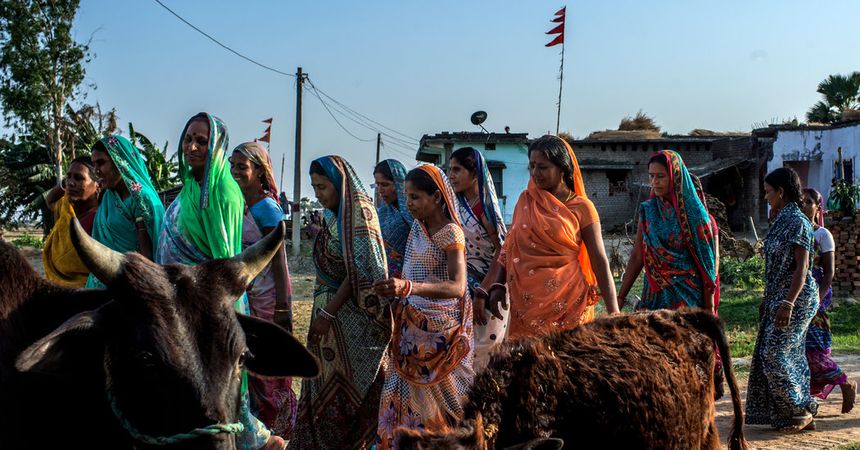 The ratio of women to men among India's young people will drop further in the coming years, a study says https://t.co/8lkBhao2fj

A society where infanticide and abortion on the basis of gender are prevalent ends up dangerously skewed: India. https://t.co/VzNo9X2N82

This will cause major issues in the future male population that will horribly impact women. https://t.co/R1OMOmc0ka