On March 6th, the Singapore-flagged Maersk Honam ultra-large container ship suffered a fire in a cargo hold near to the accommodations block. It burned for well over a month and was finally towed to refuge off Jebel Ali on 23rd April 2018. This tragic event sparked conversations that are not new to the shipping world; just how well-equipped and safe are these ever greater container ships from fires? And what causes these events to occur in an age of such technological advancement?

A major concern for operators and the insurance industry covering these risks is the prevalence of undeclared, or in most cases ‘misdeclared’, cargo aboard such large container vessels. It was recently estimated by the International Cargo Handling Coordination Association (ICHCA) that nearly a third of fires that occur on cargo ships are as a cause of incorrect package information – and analysis suggests that almost 40% of all packages are misdeclared.

One of the main substances to be misdeclared is that of calcium hypochlorite – used to treat swimming pools and drinking water. Such is its combustibility that it has been designated an IMDG, a recognised dangerous good that means strict international guidelines must be followed, and less shipping lines are prepared to transport it. To circumvent this, those wishing to ship calcium hypochlorite, and other dangerous substances, often misdeclare it - labelling the package something less obvious as to its actual volatility, like ‘bleaching agent’ - purposefully misleading transporters and putting cargo and lives at risk.

Exacerbating this problem is the increasing trend of shipping companies focusing their efforts on building larger and larger container ships and exploring the use of technology for areas such as autonomous systems and communication. Fire safety onboard these ships is an after-thought. This marginalisation of fire protection means ageing fleets are suffering from outdated equipment and in this hyper-competitive environment almost no-one is willing to cover the expense of retro-fitting these vessels to meet modern standards. The ideal would be to implement ‘closed holds’ allowing operators to segment them once a fire occurred to isolate the blaze, douse it with water or CO2 and protect the rest of the cargo. On-deck containers, where ‘closed holds’ aren’t possible have additional problems, however, such as high winds which can spread the fire rapidly. 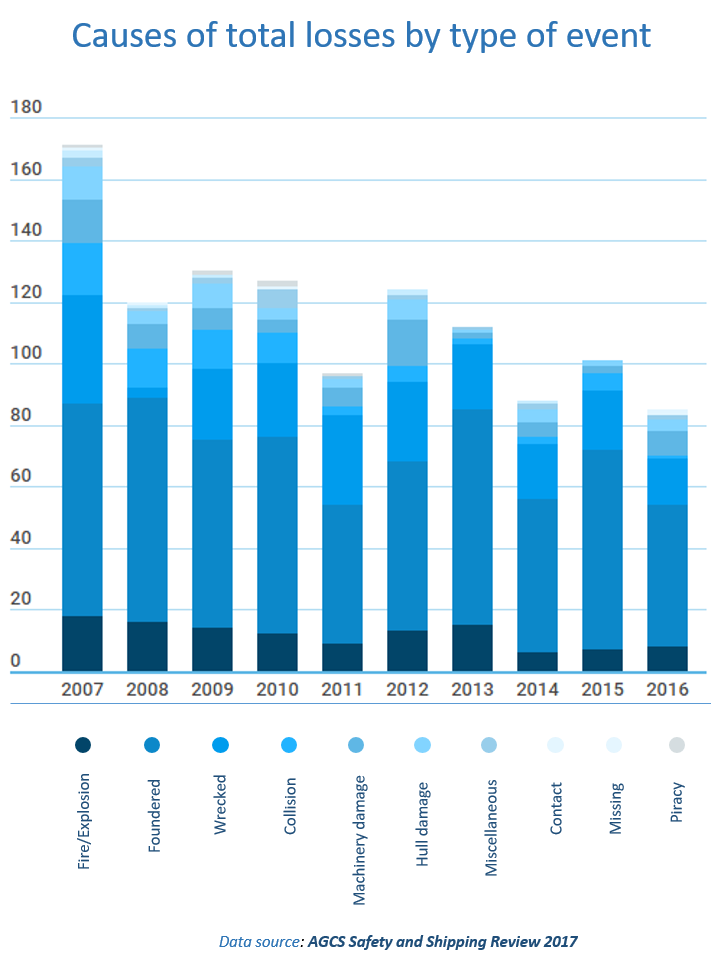 The lack of onboard safety measures means the vast majority of the fire-fighting, particularly for large blazes, is reliant on the costly process of towing the ship to a port of refuge; which allows for even more time for the fire to create further damage. The larger the fire, the more water is needed to extinguish the flames, and this creates an additional risk of damaging cargo through flooding.

The problem of fires on board these vessels has largely been ignored by international bodies such as the IMO too. Issues, for instance, like loss of containers overboard, despite its relatively small rate of occurrence compared to fires and explosions, are given a more prominent platform.

Likewise, there appears to be a distinct lack of compliance with IMO rules on reporting, and very few member states are submitting notices of misdeclaration and violations of packing requirements which has led to a foundering effort to address what is a very serious problem. A noticeable consensus among industry operators is that stricter regulation and enforcement is required to effect real change.

Using technology to develop systems and protocols for stopping, or more often stemming, fires and the damage they cause is seen as the obvious solution. Technology that alerts the crew to oil spills or gas leaks that breach an engine room for instance, and detectors that analyse sudden changes in pressure and gas levels, are some of the things being deployed to assist in this area.

Nevertheless, technology won’t stop people misdeclaring goods, and the vast amount of effort in protecting against this will come down to human interaction, and error. A better level of communication amongst the crew and those ashore has been identified as one potential solution to a number of human-error-related incidents, and operators would do well to look at people management as a potential complementary solution that could work alongside the advanced use of technology.

In the case of Maersk Honam, by no means an ageing vessel, it has been speculated that misdeclaration of dangerous goods is again the cause of the blaze – and commentators have pointed to the positioning of accommodation blocks and cargo holds as a factor in limiting the damage to property and life. However, despite the large losses, this particular event is unlikely to affect huge change, and it remains to be seen if operators are willing to invest the same in utilising technology to increase competitiveness as they are in using it to improve safety aboard their vessels. 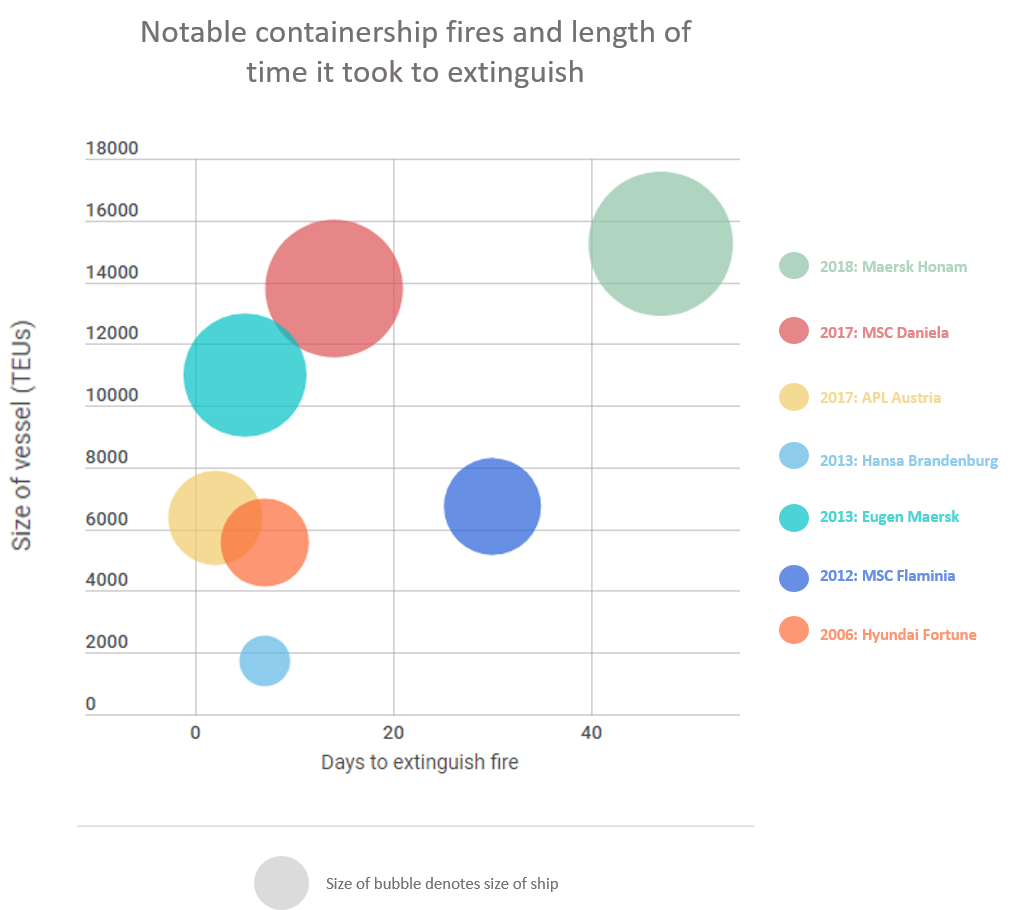 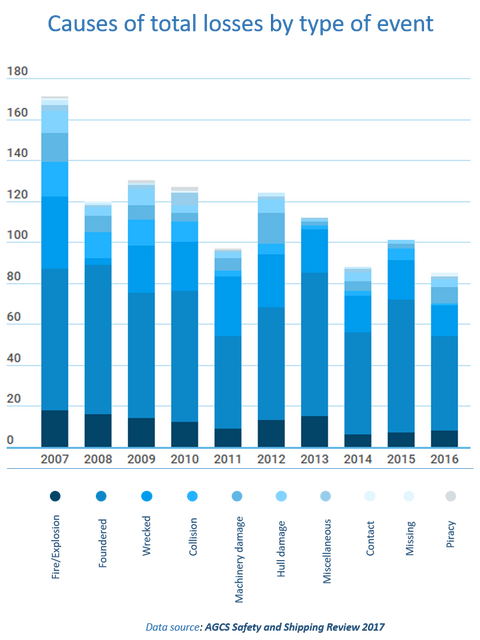