The disconnect between older rulers and overwhelmingly young populations (detailed in the graph below) is a source of protest risk and social unrest across a number of African nations, where the generation gap serves as a focal point for discontent with entrenched political elites and economic exclusion. 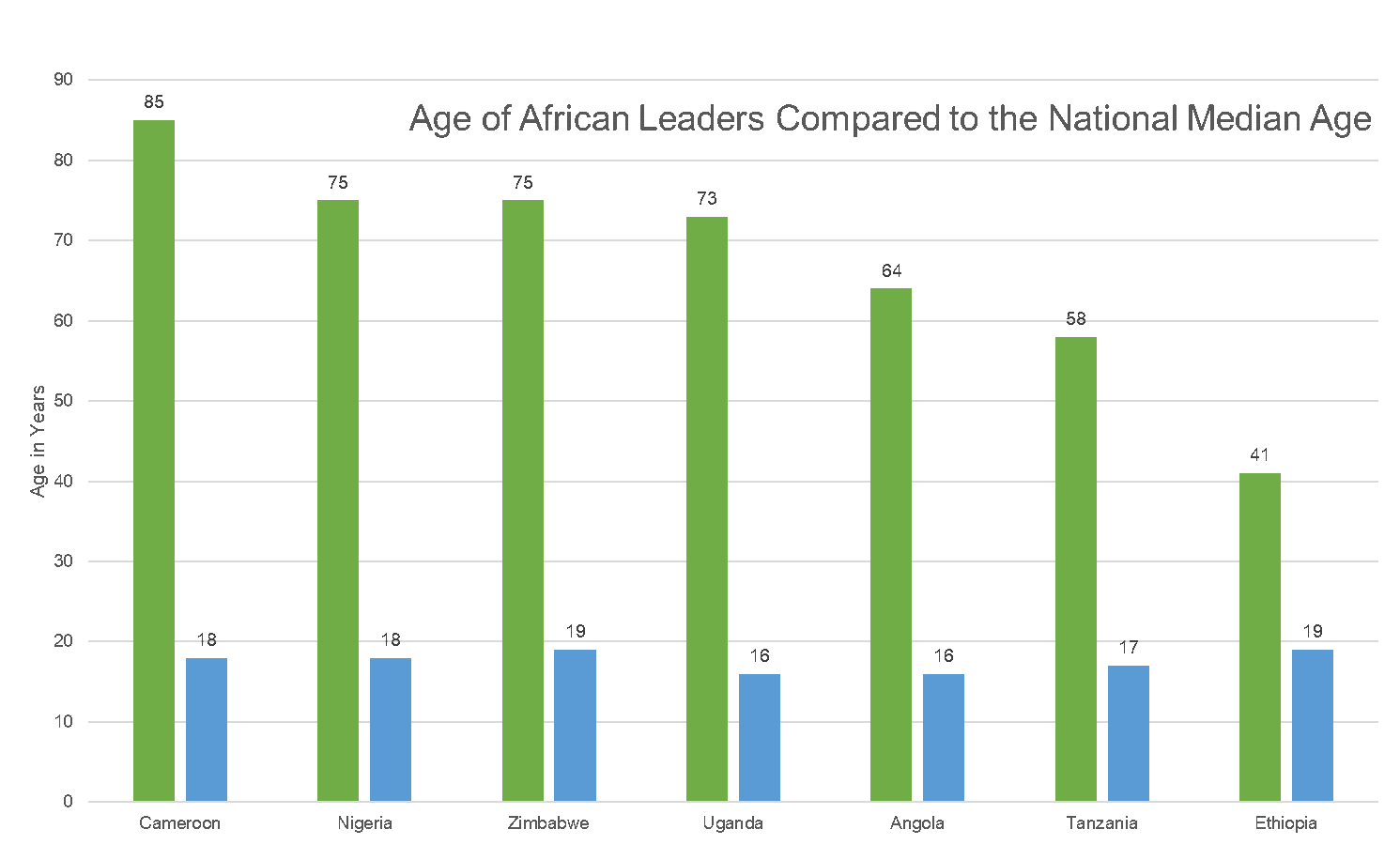 Elections and constitutional measures to remove term limits are common flashpoints, and uncertainty is heightened by leaders’ reluctance to anoint a successor and elevate a potential rival. This exposes presidents like Uganda’s Yoweri Museveni, aged 73, to accusations that they seek to rule for life and increases uncertainty over their health and capacity to rule, undermining political stability. From July 2017 to July 2018, data from the Armed Conflict Location & Event Data Project (ACLED) shows a 64% year on year increase in riot and protest incidents in Uganda, driven by the opposition’s fury with a parliamentary vote that eliminated a constitutional age limit and permitted the president to stand for another term. 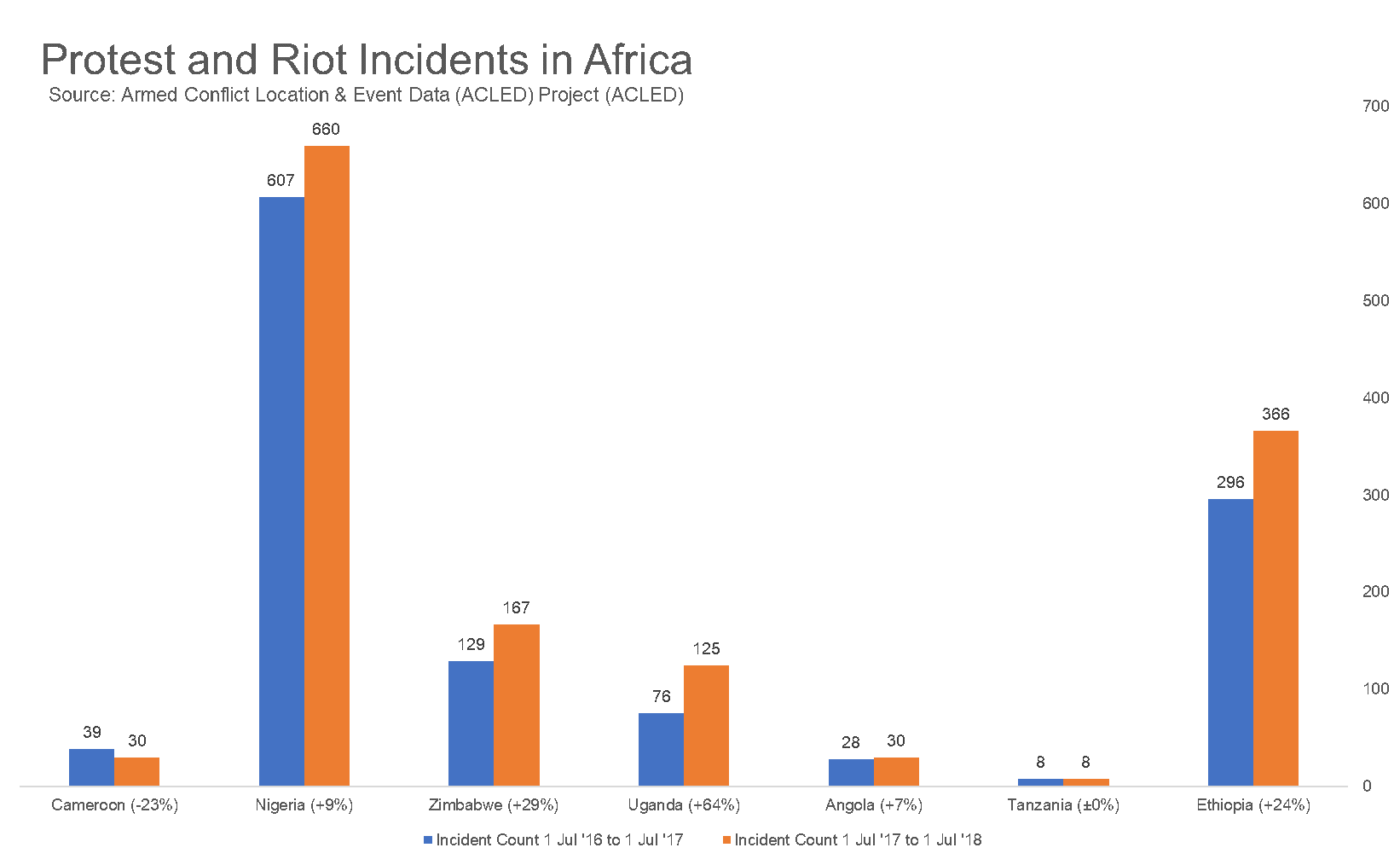 Ruling parties face legitimacy crises across southern and eastern Africa, and are finding that they can no longer rely on voters' memories of independence and revolutionary struggle. Authoritarian crackdowns on public displays of dissent tend to deepen these tensions. Compared to Uganda, the number of incidents in Cameroon and Tanzania was stable or fell slightly in the same period, but both countries suffered from increased levels of political violence overall. In Cameroon, where incidents fell 23, a heavy-handed government response to protests by English speakers complaining of discrimination sparked a separatist insurgency. This has forced tens of thousands of refugees across the border to Nigeria, where protests and riots have also trended upwards ahead of the February 2019 election.

Since 2017, long-dominant parties in Ethiopia, Angola and Zimbabwe have all attempted to refresh their mandates with (comparatively) younger figureheads and anti-corruption drives, but the recent electoral crisis in Zimbabwe underlines how risks to stability will persist as long as voters across the region feel disenfranchised by ageing political elites. 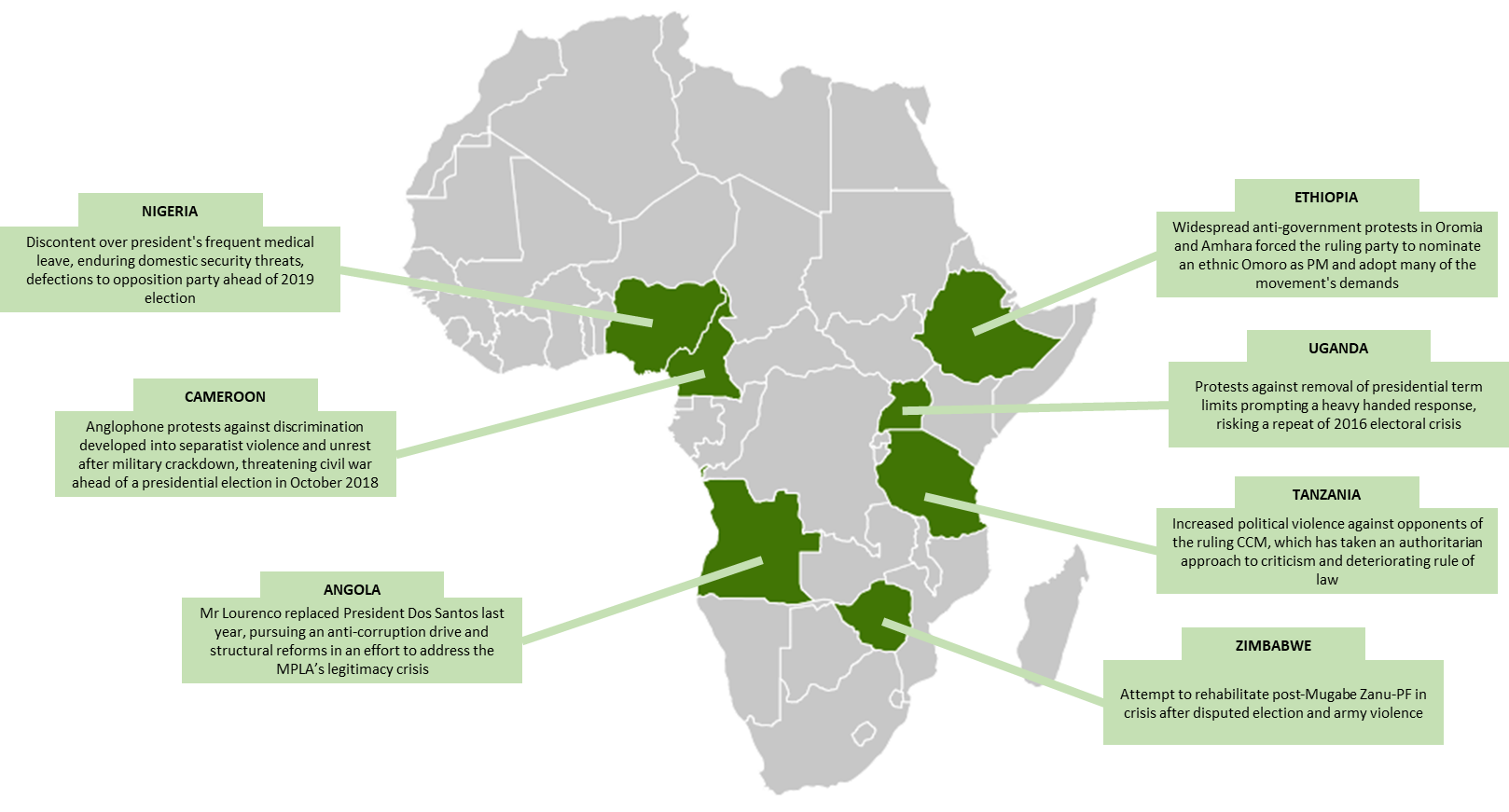 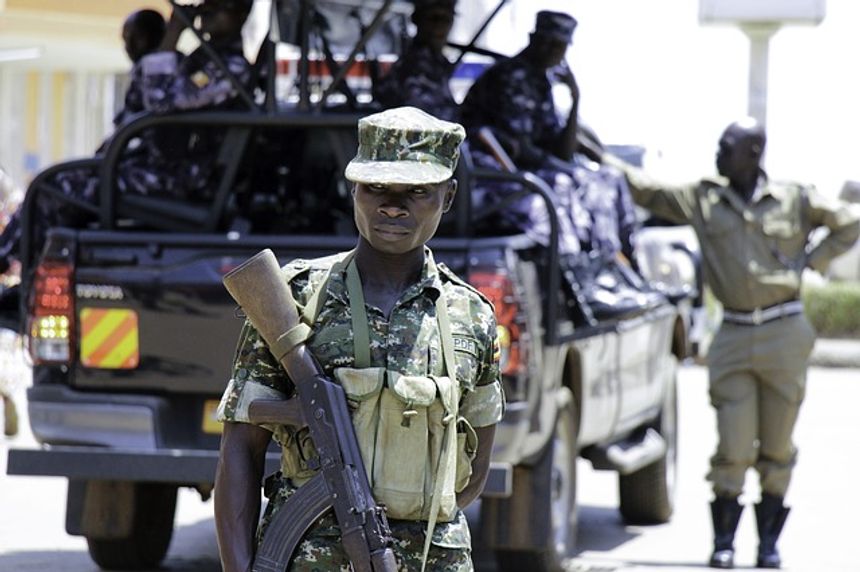