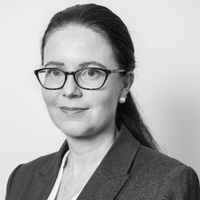 Japan is being forced to open up its borders in order to secure a workforce. Its declining population means it can no longer sustain years of traditional attitudes.

In a time of immigration sensitivity in many Western nations, Japan is looking to migrants as the solution, not the problem. Immigration has been a hot topic in recent elections in many countries around Europe and North America. Far-right nationalist political parties are gaining votes, and many people would like to see closed borders and strict immigration laws. In Japan, however, the Government has faced up to the fact that the country would benefit from immigration in order to gain more workers and tax revenue.

This could represent a significant shift in an established market. Deregulation of strict immigration and tourism laws brings opportunities for foreign companies and individuals wishing to enter Japan. It also shows warning signs to companies and governments in other countries, facing similar ageing population scenarios.

Japan is one of the world’s healthiest nations and has one of the highest life expectancy globally, but with that comes a number of problems. Its population is declining rapidly which is putting an extreme burden on the government. In 2017, people over 65 accounted for 27.7% of the total population. The figure is estimated to have reached 32% by 2035. The number of people aged 100 or over has now risen to a record high of nearly 70,000, with women accounting for 88%. The latest census data showed that the number of elderly people who needs livelihood assistance, increased by 74% between 2005-2015.

The reason for this? The country is struggling with both declining birth rates and increased death rates. The number of babies born in 2017 fell to 946,060, the lowest level since records began in 1899. Overall, the population fell by 394,373 in 2017, according to government data. An effect of this is that many Japanese kindergartens and schools are shutting down as there is a diminishing number of students.

Japan’s net migration rate is below 0.5 per thousand households, compared to 4.5 in Germany, 2.8 in the USA and 2.7 in the UK.  The foreign population in China is dominated by people from Asia. Out of the foreign nationals in Japan, nearly 50% come from China and South Korea. The second largest group of foreigners are from South America, mainly 'nikkeijin' people (of Japanese heritage) from Brazil and Peru. 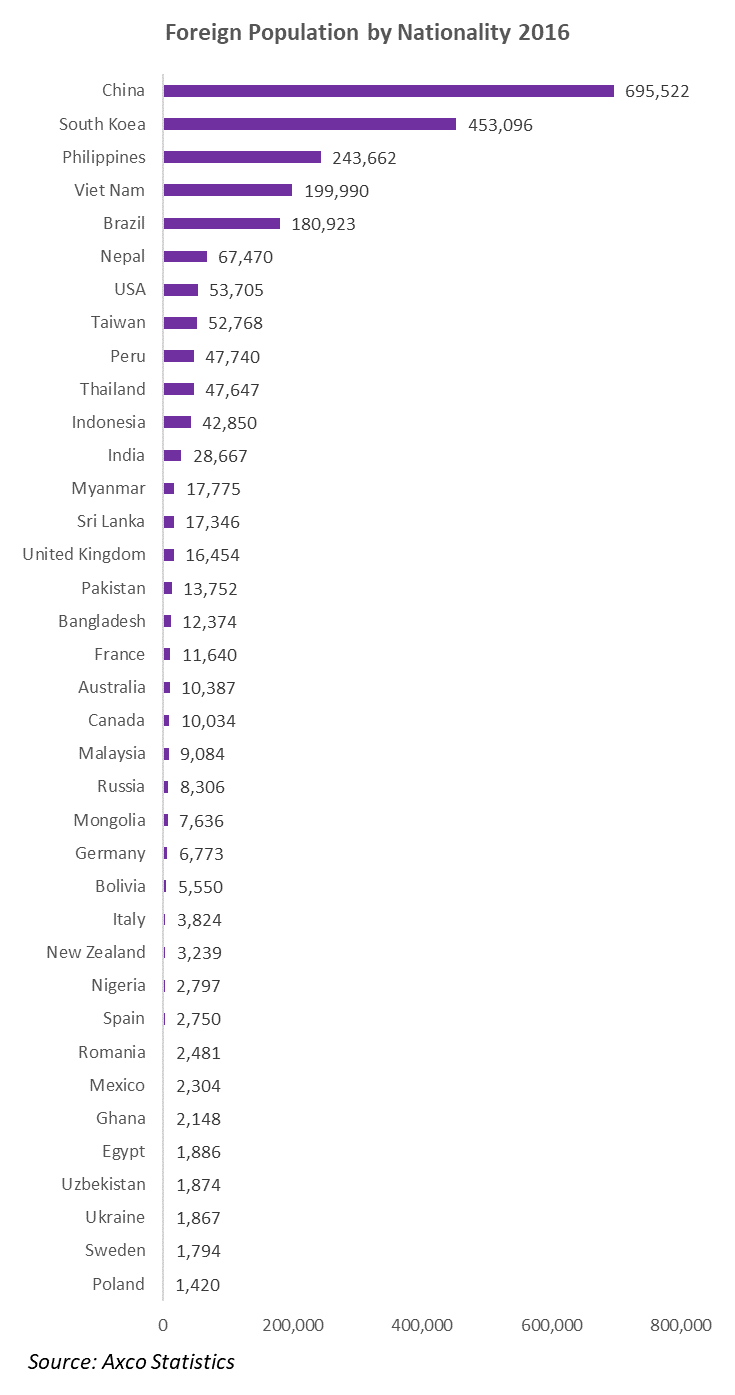 Many people in Japan believe that the country's peace and harmony is thanks to a homogeneous population with few foreigners. Traditionally, only a small percentage of highly skilled workers have been allowed to have access to the same rights as Japanese locals and low skilled workers would only be given temporary entry to the country.

Facing, what some call a "demographic time-bomb", the government now does not have many other options than to open its borders to foreign workers. The government is looking to fill labour shortages in construction, housing, farming, and elderly care by foreign workers.

Whilst it will be easier for foreigners to enter Japan’s employment market, use of the Japanese language is still critical for businesses to succeed in Japan, as is the appreciation of the local culture and social practices. As the population continues to decrease, the introduction of more foreign workers may just solve Japan's age-old problem.

For more information on demographic statistics used in this report, please contact Axco at axco@axcoinfo.com 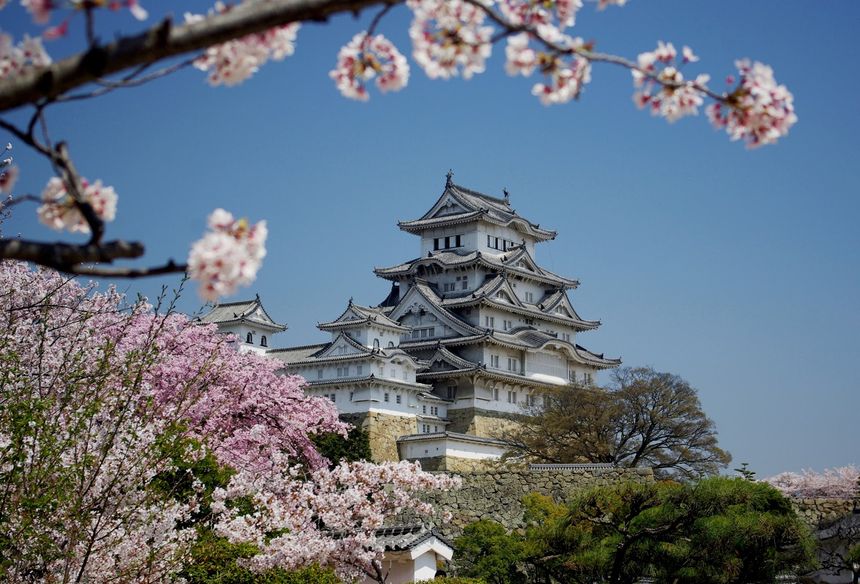 Japan is preparing to open its doors wider for foreign workers and working to identify potential challenges they may face.https://t.co/DMbkLWYmtA