Local media reports that China will extend a financing package worth ZAR 370bn (USD 29bn) to South Africa came at an opportune time for President Cyril Ramaphosa. The emotive issue of land reform has derailed his appeals to foreign investors. Drought, a fiscal deficit and pressures on emerging market currencies pushed South Africa’s economy into recession in the second quarter of 2018. The government’s solution, stimulus via agricultural subsidies and infrastructure development, attracted scrutiny. Rumours of a plot to oust the president circulated. A cash injection valued at over a fifth of the 2018 budget would seem to offer some breathing space.

The opacity of the arrangement opens it to criticism, especially as South Africa’s economic woes are widely attributed to the erosion of the country’s governance and institutional standards under President Jacob Zuma. In July, China granted loans to debt-laden parastatals embroiled in a state capture inquiry, postponing structural reforms. The impact of the new package on the state’s finances and the broader economy should be outlined in the budget and a credit rating by Moody’s, both of which are due in October.

Ministers who are reluctant to accept new fiscal risks will be wary of offering China opportunities to leverage debt to obtain strategic assets and may also be watching events in neighbouring Zambia carefully. The government has had to deny claims that it is setting state-owned assets against debts to China, and western donors suspended aid after a corruption scandal broke this month. Opposition parties there have increasingly attacked Chinese debt on sovereignty grounds, although conventional Eurobonds weigh heavier on the Zambian budget.

For the African National Congress (ANC), part of the appeal of Chinese debt is a rejection of the neo-colonial motives it associates with multilateral finance. Ahead of elections next year, the ANC may find itself defending accusations that China has a neo-colonial agenda of its own. 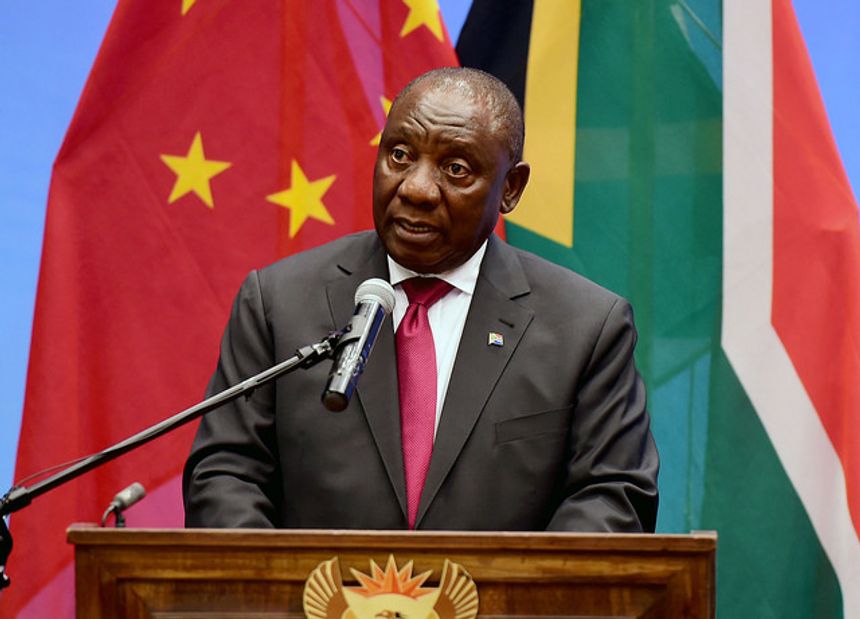