In July, as Russia prepared to play their opening match against Saudi Arabia at the 2018 FIFA World Cup in Moscow, the Russian parliament quietly passed legislation raising the retirement age from 60 years to 65 years for men and from 55 to 63 for women. Pension ages in Russia (and before that in the Soviet Union) have not been altered since they were introduced in 1936. With the UN projecting that by 2050 over 20% of Russians will be over 65 years old, the Russian pension deficit could reach multiple billions annually.

But if these changes make good economic sense, they have instigated a firestorm in a country more often characterised by political passivity. Although the average pension is expected to be RUB 14,414 (USD 216) per month by the end of 2018, many Russian families and pensioners rely on this income to get by, especially since real wages have been falling since 2014. As many Russians quickly realised, these changes would make life increasingly difficult, and in the case of men, whose life expectancy averages 63, they may never make it to pension age at all.

In the two months since numerous protests have been held against the legislation. Sometimes led by the systemic “opposition” Communist Party, more often these have been spontaneous, and in early September rallies in Moscow reached 9,000 people, with other gatherings of thousands in western Russia and Siberia.

President Putin’s popularity has concurrently declined 15 points to levels not seen since before the 2014 annexation of Crimea. He subsequently weakened the reform, reducing the retirement change for women to 60 years, but this has failed to quell popular anger. While not expected to destabilise Mr Putin’s position, a more angry, activist populace raises significant questions about his ability to smoothly transition to a loyal successor in 2024. 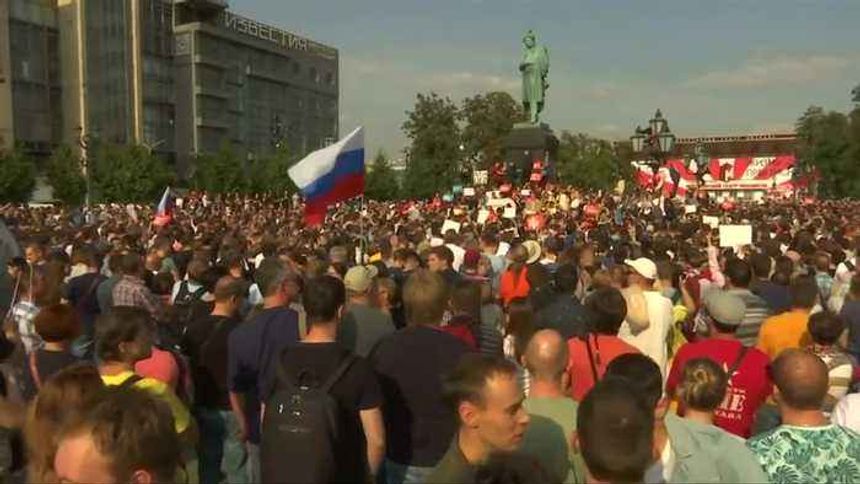