In September, US intelligence agencies reported that diplomatic personnel who fell ill after hearing strange noises in their compound in Havana in August 2017 were likely the victims of microwave or electromagnetic attacks. Symptoms included brain damage and vision problems, with 16 of 80 victims reporting lasting effects after a year.

Cuba had initially denied any knowledge of the attacks or their source, and US officials now believe that Russia was the perpetrator, based on available signals intelligence (intercepted communications). This would represent an unprecedented provocation in Russia’s drive to gain influence indirectly by fomenting chaos: the incident further derailed US-Cuban rapprochement, which Russia views as against its national interests.

Confident attribution is difficult with this category of attacks, however, highlighting their appeal for malicious actors in an age of asymmetric warfare. Later in June 2018, two more US diplomats in Guangzhou, China, reported hearing similar noises followed by symptoms, suggesting that the technology was either being deployed on multiple fronts or proliferating to a wider range of users. Diplomats may only be the first victims. In the future, private companies may also need to establish protocols to protect their workers abroad from governments and state-backed competitors, especially if they work in sensitive industries. 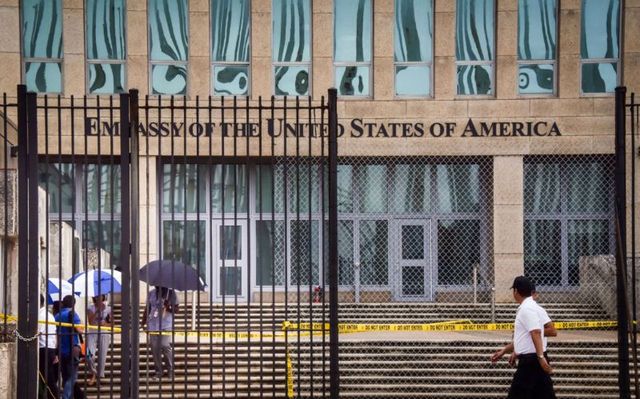