Denmark routinely grabs headlines for its spot near the top of the World Happiness Report, published annually by the UN. In the past month, it received less favourable coverage. Danske Bank, the country’s largest lender, faced fresh revelations in an evolving money laundering scandal centred on EUR 200bn (USD 235bn) in illicit transactions conducted between 2007 and 2015 by its branch in Tallinn, Estonia, largely in the service of unnamed Russians transferring capital abroad. Although the trades were first flagged in 2013 by an internal whistleblower, Howard Wilkinson, the public is now learning how the bank facilitated the monetary exodus with the support of the bank’s chief executive Thomas Borgen. Mr Borgen was sacked in September, while Mr Wilkinson will be giving additional testimony to officials in Copenhagen and Brussels in November.

Danske Bank had relied on mirror trades, which sold Russian government bonds denominated in roubles for foreign currency. The monies were converted through Danske Bank’s Tallinn office with the assistance of larger correspondent banks with access to the US Federal Reserve’s Fedwire for settling large dollar-denominated payments. Some of these correspondent banks, including Deutsche Bank, have themselves faced fines for separate charges of laundering Russian money.

Meanwhile, Danske Bank is paying its own penalties: its stock valuation has fallen 47% over 2018, partly reflecting expectations that it could stomach up to USD 8bn in fines as a result of various investigations, including a probe by the US Department of Justice. In October, the Danish Financial Supervisory Authority also directed the bank to double its available assets to DKK 10bn (USD 1.63), due to its exposure to ongoing compliance and reputational risks. Given global volatility, Denmark is unlikely to forfeit its safe haven status soon. But its biggest bank will rue the decision to accept payments from an anonymous purse. 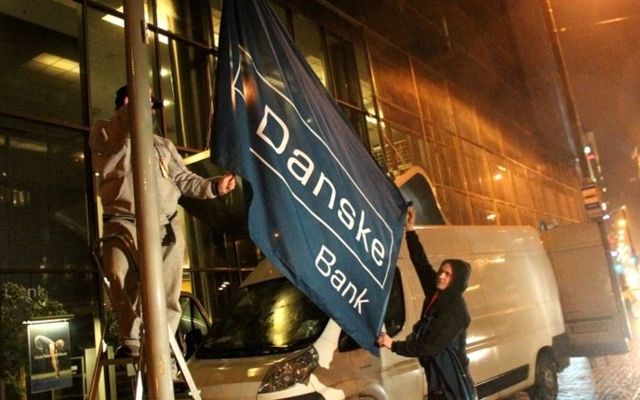