Axco recently republished its Insurance Market Report for Syria. The country is now almost in its eighth year of a civil war which has devastated large parts of the economy and threatened the country’s survival. It is perhaps then surprising that there is any insurance activity at all, but a functional market continues to exist.

According to Axco’s Global Statistics service, the total Syrian insurance market has expectedly contracted almost every year since 2011 apart from 2014 and 2015 which recorded a total market growth in local currency of 6.53% and 16.97% respectively.

A much more reliable picture of the market is painted, however, when viewing it in terms of the US Dollar. This is because the Syrian currency has understandably suffered a complete depletion during the conflict. When looking at the market in USD, it is clear that there have been extremely sharp declines, including a contraction of 77.18% of the total market in 2011. This is the biggest annual fluctuation in the Syrian market since 1991.

The total market has transformed from writing premiums of USD 1677mn in 2010 (the highest since Axco's records for Syria began nearly 30 years ago) to just USD 20.67mn six years later (the lowest).

For some years, work on a comprehensive revision of insurance legislation has been ongoing but perhaps not so surprisingly, there has been little progress. While the Syrian Insurance Supervisory Commission had hoped to have a draft insurance law by the end of 2016, the process has been much more prolonged.

What other examples of civil war can we learn from?

Nepal, a country that experienced a similarly devastating civil war between 1996 and 2006, offers an insight into what the future may hold for Syria.

In the years following the conflict, between 2009 and 2017, the total Nepalese insurance market recorded double-digit growth every single year. The compound annual growth rate of this development stands at 23.46%. The signs of growth after an internal conflict seem positive for the insurance industry.

In 1995, just before Nepal’s civil war had begun, the country's market insurance penetration stood at just 0.42%. Today, this rate is over five times higher at 2.16%. Syria’s insurance penetration rate in pre-war 2010 stood at a rate of 0.67%, the highest the country had seen since Axco records began. Could this mean that Syria has hope for the future to improve this rate even further upon the conclusion of its own civil war?

With the Syrian civil war unlikely to conclude any time soon however, the country’s future remains highly uncertain and depends on many external factors as well as internal political differences. Even if the war ended in 2019, the country will take decades to recover from what is proving to be an exceptionally damaging and durable civil conflict. The political outlook is impossible to predict with any degree of certainty at present and the insurance market will need to respond to whatever may be put in place. 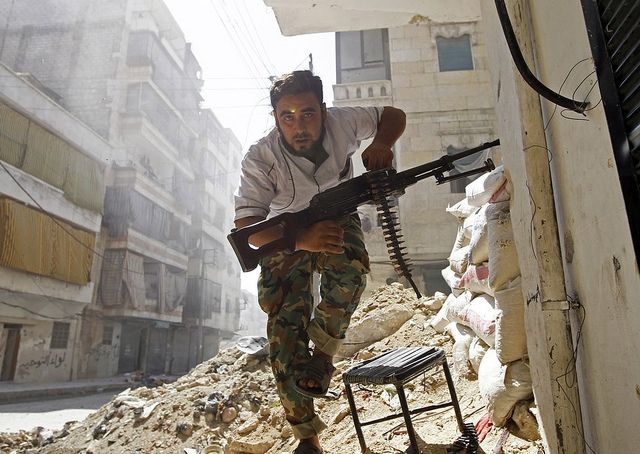