President Macron’s stance on climate change is the keystone of his image as proud defender of the liberal democratic order, representing his conviction that international cooperation can solve international problems. In 2017, this helped him to overcome the populist-nationalist appeals of Marine Le Pen. Translating this into policy has taken a toll on his opinion ratings, however, as voters increasingly perceive his pro-business economic policies as merely pro-rich.

The Yellow Vest (Gilet Jaunes) movement, now poised to enter its 16th consecutive week of protests, was sparked by a fuel tax to fund anti-climate change initiatives. Carbon taxes, which are levied to reduce future harm while immediately raising the cost of living, are a tough sell for any government, and proved incendiary in France’s current political environment. The measure sparked broad anger about stagnant living standards, but higher fuel prices are most vehemently opposed by the rural communities dependent on cars. Regions suffering rapid depopulation, an indicator for rural malaise, correlate closely to areas where self-identification with the movement is highest.

Widening regional inequality since the global financial crisis has been a common element of the populist upheavals against which Macron defines his presidency. The income gap between rural France and urban France, especially Paris, is starker than in the UK, where the frustrations of the “left-behind” sparked its own political crisis through Brexit.

The EUR 8bn price tag of tax and wage concessions for the protesters also threatens the fiscal discipline that had earned Macron credibility with the EU, another fundamental plank of his project. This will encourage Italy’s populist government to demand European approval for its own deficit-busting measures.

Outside France, the protests’ post-mortem will be noted by opponents and advocates of collective action to limit climate change. If governments postpone the politically toxic measures required to meet their multilateral commitments, the burden of climate risk management may fall more heavily on the private sector and non-profit sectors. 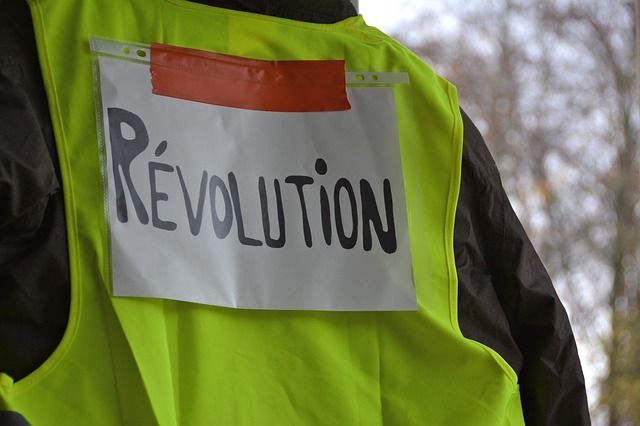 A War within a War: Al Qaeda vs Islamic State in the Sahel
James Fox
Recent posts from Axco Opinions