A standard phone-call between two heads of state veered off course on October 6. Turkey’s president, Tayyip Erdogan, informed US President Donald Trump that Turkey would shortly invade northeastern Syria, taking control of a zone that had been governed by the US-allied Syrian Democratic Forces (SDF). The SDF, a multiethnic group led by Kurdish fighters, suffered 11,000 fatalities while securing the region.

Mr Trump later characterised the Turkish incursion as “long-planned,” although US acquiescence to the campaign took senior American military leaders and foreign counterparts by surprise. While the alliance with the Kurds was one of mutual convenience, its abrupt dissolution poses risks to the wider region. This includes the suspension of shared intelligence between US and SDF forces; information previously transmitted by the SDF enabled US special forces to locate and kill the leader of the Islamic State, Abu Bakr Al Baghdadi, on 27 October.

Upwards of 13,000 fighters and relatives affiliated with the Islamic State, which the SDF was pivotal in defeating, have been detained by the SDF. As Kurdish fighters pull back from their positions and bases, freed detainees could reactivate local terror cells, or carry out attacks in their home countries, which have largely refused them formal re-entry.

The US also finds itself potentially on a war footing with Turkey, a fellow NATO member responsible for storing a regional supply of US nuclear weapons. Turkey’s campaign against the SDF, which it views as a terrorist group, inures it to the threat of retaliatory sanctions and increases the threat of conflict. Meanwhile, altercations between overlapping Turkish and Syrian forces are being precluded via Russian intermediaries, who have supplanted US interlocutors in the eastern Mediterranean.

On 22 October, Russia and Turkey unveiled an agreement that acknowledged Turkish control of land secured during its recent operations and outlined bilateral patrols along the border area abandoned by US troops. Over protests by the Assad government, the region may now host another frozen conflict that passively supports Russia’s strategic interests. 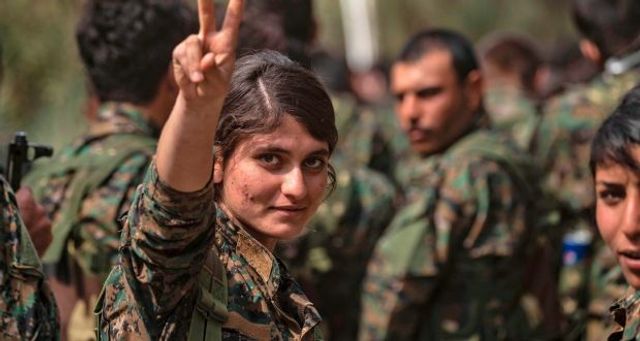