Each week, a new set of definitions will be released.

Cabotage: The transport of cargo or passengers between two locations in one jurisdiction by a vessel registered in another jurisdiction. This term applied originally to ships and the shipping industry but is now also used in reference to aircraft, trains and road vehicles. Most countries do not permit cabotage.

Capacity: The measure of an insurer's ability to write new business or the monetary amount an insurer can accept on a particular risk.

Captive: An insurance company established and owned by a parent company for the purpose of insuring the parent company's risks. It may also write unrelated third party risks.

Captive domicile: A country or state that encourages the formation of captive insurance companies.

Cargo: Goods or property transported commercially by air, rail, road or water. Goods considered cargo are those that are not for use by those on board the transportation vessel for the period of transportation (ie anything that is not provisions, equipment or fuel).

Cargo clauses: Refers to clauses used in policies that insure goods or property in transit. Institute Cargo Clauses (ICC) are the most commonly used set of such clauses. Related terms: institute cargo clauses.

Casualty (marine): In marine insurance, casualty refers to a loss, most commonly in marine hull business.

Casualty insurance: US term for insurances that are primarily concerned with the liability classes, such as employers' liability environmental liability and product liability. The term is used to distinguish these classes from property insurance.

Catastrophe: An event causing severe loss or damage often associated with natural disasters such as hurricanes and earthquakes.

Catastrophe Risk Evaluating and Standardising Target Accumulations (Cresta): The Catastrophe Risk Evaluating and Standardising Target Accumulations (Cresta) organisation is an independent body established in 1977. It is responsible for the technical management of natural hazard coverage and sets out a uniform global system for transferring aggregated exposure data among insurers, brokers and reinsurers to facilitate accumulation control and risk modelling. Cresta fixes country-specific zones for reporting exposure data, promotes a standard template for exchanging that data and offers a mapping service. Its standards are used throughout the insurance industry. Information reproduced here appears courtesy of Cresta.

CatNet (R): An "online natural hazard information and mapping system", developed and maintained by Swiss reinsurer Swiss Re, which facilitates "a professional overview and assessment of natural hazard exposure for any location worldwide" and assists in "preparing local, regional and cross-regional risk profiles."Information reproduced here appears courtesy of Swiss Re.

Cedant: An insurer that cedes business to one or multiple reinsurers.

Cede: (Of an insurer) to transfer insurance business to one or multiple reinsurers. Compare to: retrocede.

Cession: Insurance business that insurers have transferred (ceded) to reinsurers.

Churning: The practice (by brokers or agents) of encouraging clients to surrender or cancel an existing policy in favour of setting up a new policy, through which the broker/agent will earn a sizeable commission. Churning is illegal in many jurisdictions.

Claim: A demand by the insured that the insurer pays the indemnity or benefit to which the insured is entitled under the terms of the policy. Claims are met, subject to limits, if the loss event is caused by an insured peril and is not excluded.

Claims-made: A form of liability policy that covers all claims first notified during the year that the policy is in force or during any applicable extended reporting period, irrespective of when the injury or loss occurred. Related terms: losses-occurring.

Class action: Also known as group litigation, a class action is the aggregation of a number of lawsuits, each based on the same legal grounds and seeking indemnity for the same loss or type of loss, which are handled by a single legal representative or a select group of representatives. In order to qualify as a class action, the action must be certified by a court.

Coinsurance (non-US): This definition is split into two parts:

1. The method of sharing a risk between two or more insurers, each of which bears a proportion of the claims that may be incurred. Whilst in practice, the insurer with the smaller proportion of the business normally follows the decision of the insurer with the larger proportion, coinsurers are not obliged to follow one another's decisions. Exceptions to this may be found if an insurer has consented to another insurer acting on its behalf. Each insurer involved in coinsurance is in a direct contractual relationship with the insured and not with the other coinsurers.

2. A term used to describe situations in which the insured shares part of the risk and in so doing becomes a coinsurer. Insurers sometimes require that the insured takes on some of the risk. Coinsurance differs from more commonplace excess or deductible arrangements in that, under coinsurance, the insured is responsible for a larger proportion of each loss incurred, such as 10% of every claim made under its policy.

Coinsurance (US): In the US, coinsurance refers to the condition of average. This is a policy condition that allows for partial loss claim payments to be reduced in the event of underinsurance. Related terms: average, condition of.

Combined single limits: A single limit applied to all bodily injury or property damage claims under a liability policy. Compare to: split limits.

Composite insurer: An insurance company that transacts both life and non-life (property and casualty) business.ComprehensiveSignifies a policy that includes several different types of cover. Normally relates to comprehensive car insurance, which may cover personal accident, fire, theft and accidental damage, as well as third party liability.

Compulsory insurance: Any insurance that must be purchased in order to comply with the law. The term may also apply to insurances set by a professional or regulatory body. Compulsory insurances may relate to personal lines for local people, for example compulsory third party motor liability for drivers, or to insurance requirements set by a given jurisdiction on those businesses seeking to do business within that jurisdiction, eg contractors' liability for construction projects. It is often a requirement that such insurances be purchased from a local admitted insurer.

Condition: A stipulation imposed by the insurer as part of the insurance contract. Contract conditions may require the insured to do or refrain from doing one or several things and insureds are required to abide by any such conditions unless the insurer chooses to waive the requirement. Should an insured break a contract condition, the insurer (ie the other party to the contract) is permitted to avoid the policy from inception.

Conditional fee system: A system whereby a claimant's solicitors and counsel are remunerated only (and at a higher rate) if the legal case is settled or adjudicated in the claimant's favour. The conditional fee system is used most often in personal injury cases and is more commonly known as 'no win, no fee' in the UK. Related terms: contingent fee system.

La Conference Interafricaine des Marches d'Assurances (CIMA): The Conference Interafricaine des Marches d'Assurances (CIMA) is an organisation of 14 francophone West African states that have agreed to an integrated organisation of the insurance industry through common regional insurance legislation known as the CIMA Code and a common regulatory authority, the Regional Commission of Insurance Control (Commission Regionale de Controle des Assurances - CRCA). The CIMA Treaty was signed in 1992 and the code came into effect in 1996. The current CIMA member states are Benin, Burkina Faso, Cameroon, Central African Republic, Chad, Equatorial Guinea, Gabon, Guinea-Bissau, Ivory Coast, Mali, Niger, Republic of the Congo, Senegal and Togo. Comoros signed but has yet to ratify the CIMA Treaty.

Consequential loss: Insurance covering loss of money, loss of profits and other costs resulting indirectly, often unforeseeably, from an insured loss event or breach of contract. The insurer(s) liable for the insured loss event are not liable for any consequential losses, which is why insurance against losses resulting indirectly from the losses or actions of others must be insured against. The term 'consequential loss' has been for the most part replaced by business interruption. Related terms: business interruption

Contingent fee system: A system whereby a lawyer for a claimant is remunerated only if the legal case is settled or adjudicated in the claimant's favour. The basis of remuneration is a percentage of the settlement or award, usually about one third. Most personal injury cases in the US are handled in this way. Related terms: conditional fee system.

Contractors all risks: Insurance provided in respect of contract works - covering damage to property on-site and third-party liabilities. The cover is also known as builders' risks in the US. Related terms: builders' risks insurance (non-marine)

Contributory negligence: Doctrine whereby a plaintiff is found by a court to have contributed to some degree to the loss for which he or she is seeking compensation. Damages recoverable can be reduced according to the claimant's share of the blame. In some US states, this is known as comparative negligence.

Cost and freight (CFR): A standard term of sale for goods in transit. This term denotes that the cost of freight is included in the price of the goods but that it is the buyer's responsibility to purchase transit insurance. Related terms: cost, insurance and freight.

Cost, insurance and freight (CIF): A standard term of sale for goods in transit. This term denotes that the cost of freight and insurance are included in the price of the goods, ie that it is the seller's responsibility to purchase transit insurance. Related terms: cost and freight.

Credit insurance: Insurance against financial loss caused by the insolvency or payment default of customers to whom credit has been granted. The cover is also known as 'bad debts' insurance.

Creditor insurance: A policy covering the inability to repay a loan, a credit card balance or a mortgage.

Cyclone: A tropical storm made up of a system of winds rotating inwards to a low-pressure area. 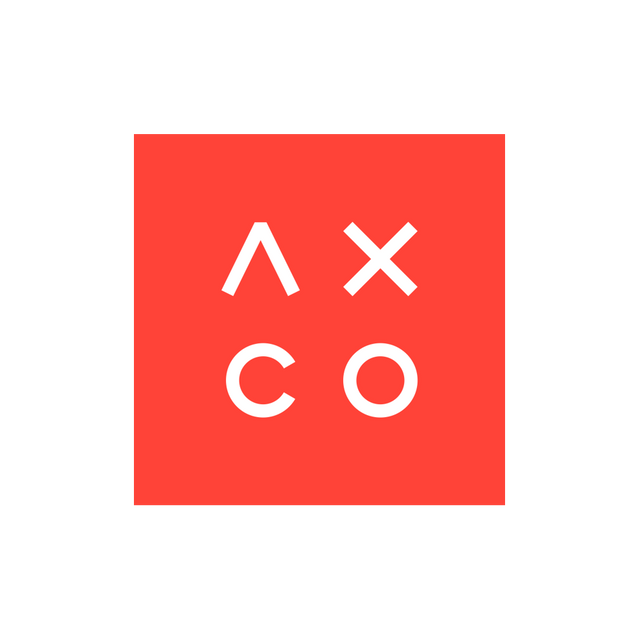