It’s the economy, but market doldrums also sit atop a larger agenda for Latin America’s airing of grievances. Following the end of the commodities super cycle in 2014, unsustainable state largess across the region gave way to a series of austerity programmes that highlighted enduring disparities in access to utilities, public services, security and landownership, as well as racial and geographic divisions. Wealth remains concentrated in coastal areas and households with European heritage. Inland, claims to resource-rich, biodiverse ancestral lands are a source of perpetual controversy between governments, private sector stakeholders, and indigenous people.

In Chile, commonly cited as a free market success story, workers often hold two or more jobs, and pay a time tax through dependence on public transport, which also consumes up to 28% of middle-income budgets. This autumn, activists seized on a fare hike as the catalyst for a larger movement against inequality in income and the rule of law. Demonstrations turned violent, and the increase was rescinded after widespread damage to the metro system. Subsequent policy concessions failed to stem public wrath in late 2019.

A concurrent initiative led by the Chilean feminist group Lastesis (The thes[es]) targets impunity for violence against women, another perennial regional problem. Their viral chant, “Un violador en tu camino” (A rapist in your way), has been replicated from Mexico to Peru, with solidarity marches extending from the streets of Melbourne to parliamentary chambers in Ankara. In Paraguay, the lyrics were amended to reflect national concerns, including limits on a free press. The flexibility of this infectious anthem allows campaigners to shame unmoved governments by performing for a global audience online.

For businesses in Latin America with ties to local governments, creative protests present new reputational risks. In addition to the usual disruptions of mass marches, a brand could be called out in coordinated flash mob dances, which attract more attention than Greenpeace petitions. 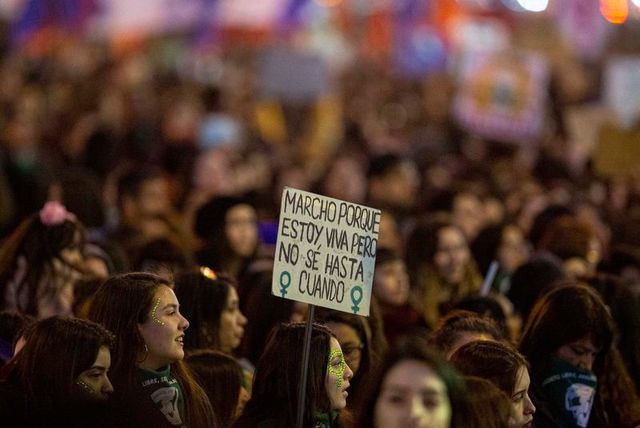