Germany’s reputation for political stability was seriously shaken in early February as elections in the region of Thuringia resulted in the resignation of Chancellor Angela Merkel’s chosen successor, Annegret Kramp-Karrenbauer, as leader of the ruling Christian Democratic Union (CDU). Following the close result, the CDU voted with the far-right Alternative for Deutschland (AfD) to install a candidate from the centrist Free Democrats as premier. This broke the CDU prohibition on voting with the AfD and provoked uproar amongst many party members.

Although she announced her decision to stand down in 2018, Ms Merkel scheduled her retirement for 2021, casting herself as a bulwark against a fractious global environment, populism and ongoing challenges to the EU. However, the CDU now faces the prospect of her imminent departure without an obvious and vetted successor, just as a new EU-US trade war looms and Brexit negotiations enter their most critical phase. Many in her own party point the finger at the chancellor for lingering to embark on a global farewell tour, leaving her party and hamstrung successor to deal with increasing domestic turmoil. Apart from the AfD on its right flank, the CDU faces a surging opponent on the left in the Green Party, which some opinion polls have in first position.

The slate of candidates for the party leadership exposes long contained internal fractures over whether the party should maintain the chancellor’s centrist policies, or tack to the right in order to win back votes from the far-right. Having been in office since 2005, Ms Merkel saw Germany through the global financial crisis, the conflicts in Afghanistan and Ukraine, the EU enlargement round of 2007 and the beginnings of Brexit, but her attempts to secure a smooth transition appear to be failing at perhaps the most critical juncture of her career.

[Ms Merkel's] attempts to secure a smooth transition appear to be failing at perhaps the most critical juncture of her career. 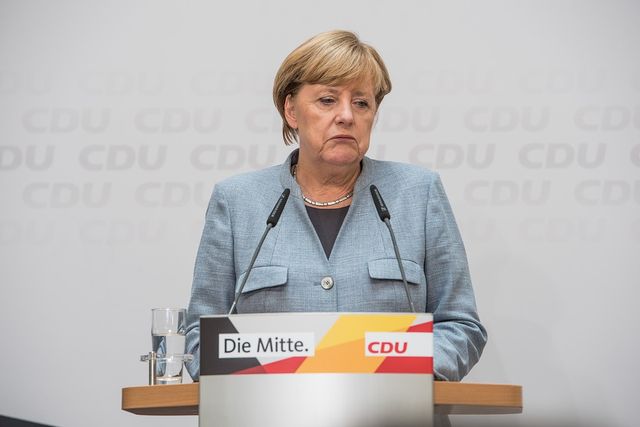