Security forces shooting peaceful demonstrators is almost always a recipe for the explosion of any protest movement. It is even more inflammatory when broadcast live over social media. In Lagos, the army’s deadly  crackdown on activists demonstrating against brutality and extortion by the Special Anti-Robbery Squad (SARS) prompted renewed protests and widespread unrest in cities across Nigeria.

Leaderless, digitally native protest movements like #EndSARS resist both coordination and appeasement. President Buhari’s announcement that he would disband the police unit merely highlighted previous unimplemented pledges of reform or censure. The killings also renewed focus on systemic issues of governance, corruption and impunity, minimising emerging splits over aims and tactics. The movement spans class, regional and ethnic divisions, posing a challenge that the government cannot shrug off as simply “troublemakers”. Old-school tactics including heavy-handed curfews, disparagement of the protestors and the alleged encouragement of agents provocateur have only driven more people into the streets and exacerbated violent unrest. Averting a military coup is probably the president’s immediate focus; by refusing to condemn the army he may have reduced that risk, but provided more proof of malign neglect to disillusioned young Nigerians bearing the brunt of the economic crash.

Just as #EndSARS drew on Black Lives Matter, the movement has resonated across Sub-Saharan Africa, as anger with a shared grievance is transposed onto local concerns. Social media has amplified grievances in a positive feedback loop between Nigeria’s regional cultural clout, pan-African solidarity and the attention of influential members of the diaspora, attracting international attention. Activists had already found common cause with ongoing social media movements protesting insecurity in Congo, gendered violence in Namibia and civil war in Cameroon, among others. The political pull of a young, technologically savvy and angry generation is becoming more difficult and costly to resist by the region’s entrenched elites. 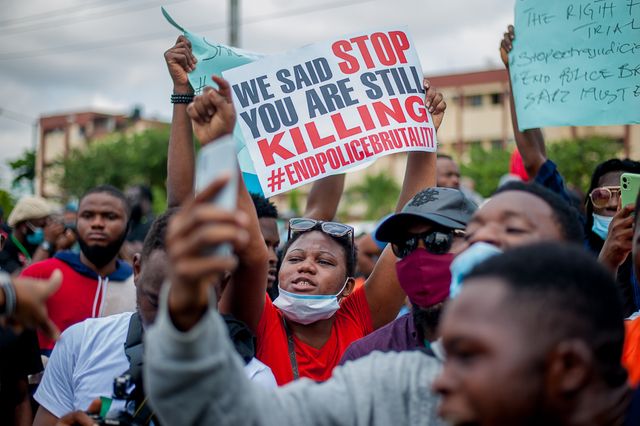 Facing China, India has a Mountain to Climb
James Fox

The Default Option: Is Zambia's Debt Crisis the First of Many?
Dan Ridler