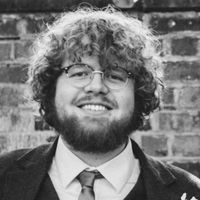 January marks 10 years since the advent of the Arab Spring. Like revolutionary waves that preceded it in 1848 and 1989, the upheaval of 2011 altered its environs indelibly. By few measures, however, did it do so for the better.

The conditions that initially stirred uprisings across the region remain. In many cases, they have intensified. The status quo was upheld in Bahrain by a violent crackdown. To quell future dissent, the House of Khalifa further restricted the country’s civic space for its disenfranchised Shia population. Having briefly flirted with democracy before succumbing to a countercoup, Egypt’s military now reigns with a tighter fist than ever before. Poverty has grown notably since 2013, as rampant corruption and IMF mandated reforms bite. Libya, Syria and Yemen bear the worst scars of all, having descended into complex and protracted civil wars with high economic and humanitarian costs.

As the only country to transition to a democracy, albeit a flawed one, Tunisia is considered the poster boy of the Arab Spring. Now, even it looks imperilled. As the violent protests that erupted across the country on 15 January show, Tunisia continues to suffer high levels of disfunction. In September 2020, the country swore in its 12th government in less than 10 years. Living standards are generally lower today than they were in 2011. Youth unemployment has skyrocketed to 36.5%, wage growth has stagnated and corruption remains pervasive. The COVID-19 pandemic has exacerbated these pressures, to which the embattled government has little response.

As the Arab Spring reaches 10 then, there is little cause for celebration. The ceasefire signed between Libya’s warring factions in October offers some hope to the end of that conflict, albeit a fragile one. Otherwise, most of the initial promises of development, dignity and democracy made by the uprisings are largely unfulfilled. The risk of another wave of unrest, therefore, persists.

Middle Eastern politics, however they may play out, undoubtedly have an effect on insurance companies that offer their services to citizens in the region. Discover how our non-life insurance reports can help your insurance company manage or thrive in political change, despite political uncertainty.

This article first appeared in the Axco Flashpoints newsletter, which provides monthly analysis on emerging risks and geopolitics from our Global Risk Intelligence and Data (GRID) team. You can sign up here.