The ongoing collapse of Evergrande Group, a Chinese real estate giant, has caused jitters in global markets spooked by comparisons to Lehman Brothers. Yet fears of a 2008-style systemic crisis, especially a global one, are overblown.

Unlike 2008, Evergrande’s debt crisis has been triggered by recent regulations intended to squeeze overindebted real estate firms into compliance or insolvency. The Chinese government is confident it can avoid a disorderly default that could spark a wider credit crunch because it can strongarm Chinese banks and creditors into restructuring on its terms. It has priced in Evergrande’s insolvency as a worthwhile cost to curb the systemic risks of a speculative bubble and impose greater party control over the economy and wider society, consistent with its recent regulatory blitz.

Evergrande’s controlled demolition marks another chapter of President Xi Jinping’s long-running deleveraging campaign, aimed at getting ahead of medium-term structural headwinds exemplified by real estate’s outsized position in the economy. China’s slowing population growth is already limiting demand for real estate, just as its demographic dividend starts to fade. Shifting the economy towards a new growth model driven by consumption and higher-value industries, rather than debt and construction, could ultimately help China escape the middle-income trap. Better to contain the fallout and take the hit to growth now than wait for these pressures kick in in earnest.

This approach carries risks. More indebted property firms are likely to follow Evergrande into insolvency. Local governments rely heavily on the sector to fund infrastructure spending, so any property crisis could knock out two pillars of growth at once. Making an example of Evergrande and its billionaire owner is politically advantageous, but more angry protests by middle-class homeowners, investors and suppliers would be awkward ahead of the 2022 Party Congress. But the government has a lot of levers left to pull, even if only to kick the can down the road. 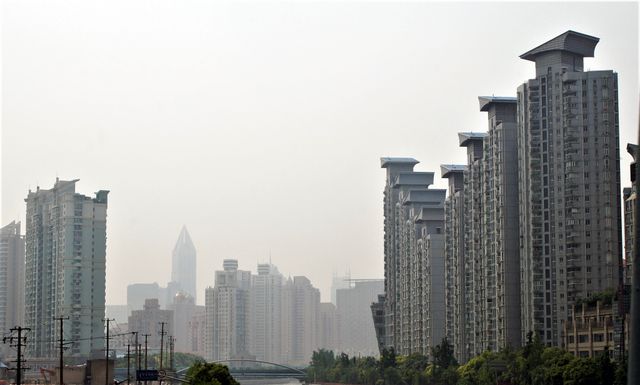